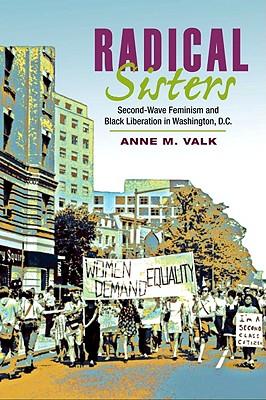 Radical Sisters is a fresh exploration of the ways that 1960s political movements shaped local, grassroots feminism in Washington, D.C. Rejecting notions of a universal sisterhood, Anne M. Valk argues that activists periodically worked to bridge differences for the sake of improving women's plight, even while maintaining distinct political bases. Washington, D.C. is a critical site for studying the dynamics of the feminist movement, not only for its strategic location vis-a-vis the federal government but because in 1970 over seventy percent of the city's population was African American. While most historiography on the subject tends to portray the feminist movement as deeply divided over issues of race, Valk presents a more nuanced account, showing feminists of various backgrounds both coming together to promote a notion of "sisterhood" and being deeply divided along the lines of class, race, and sexuality. In exploring women's unity (or lack thereof) in the liberation movement, Valk shows how African American women activists, who were primarily focused on racial and economic justice, influenced and provided important opposition to the organizational activities of white women.

Going beyond self-identified Washington feminists to include critics, outsiders, occasional supporters, and those supportive of the movement but not directly affiliated with it, Valk documents interactions between groups working against sexism, racism, and poverty. Radical Sisters uncovers the fruitful, but often divisive, connections between movements for urban change, welfare rights, reproductive control, and black liberation, while detailing their impact on the ideas, ideals, and activities embraced by modern feminism.