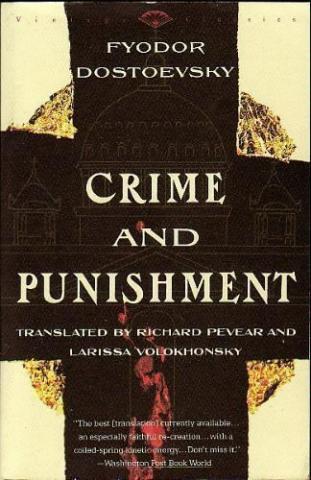 Author:
Fyodor Dostoevsky, Richard Pevear (Translated by), Larissa Volokhonsky
About The Author:
Fyodor Mikailovich Dostoevsky’s life was as dark and dramatic as the great novels he wrote. He was born in Moscow in 1821. A short first novel, Poor Folk (1846) brought him instant success, but his writing career was cut short by his arrest for alleged subversion against Tsar Nicholas I in 1849. In prison he was given the “silent treatment” for eight months (guards even wore velvet soled boots) before he was led in front a firing squad. Dressed in a death shroud, he faced an open grave and awaited execution, when suddenly, an order arrived commuting his sentence. He then spent four years at hard labor in a Siberian prison, where he began to suffer from epilepsy, and he returned to St. Petersburg only a full ten years after he had left in chains. His prison experiences coupled with his conversion to a profoundly religious philosophy formed the basis for his great novels. But it was his fortuitous marriage to Anna Snitkina, following a period of utter destitution brought about by his co
$5.00
Description:

With the same suppleness, energy, and range of voices that won their translation of The Brothers Karamazov the PEN/Book-of-the-Month Club Prize, Pevear and Volokhonsky offer a brilliant translation of Dostoevsky's classic novel that presents a clear insight into this astounding psychological thriller. "The best (translation) currently available"--Washington Post Book World.