Birth of a Nation'hood: Gaze, Script, and Spectacle in the O. J. Simpson Case (Paperback) (Used) (Word Up) 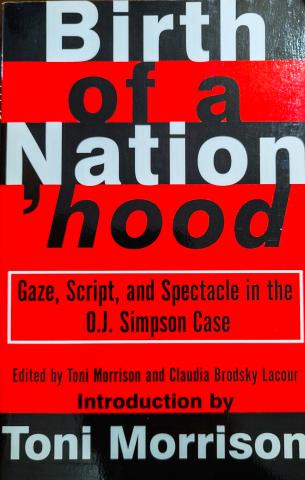 Co-edited and introduced by Toni Morrison, winner of the Nobel Prize in Literature, Birth of a Nation'hood elucidates as never before the grim miasma of the O.J. Simpson case, which has elicited gargantuan fascination.

As they pertain to the scandal, the issues of race, sex, violence, money, and the media are refracted through twelve powerful essays that have been written especially for this book by distinguished intellectuals--black and white, male and female. Together these keen analyses of a defining American moment cast a chilling gaze on the script and spectacle of the insidious tensions that rend our society, even as they ponder the proper historical, cultural, political, legal, psychological, and linguistic ramifications of the affair.